Most men’s shoes are known for their timeless style. That’s kind of the whole point. The Oxfords and loafers you can buy today aren’t fundamentally different from the Oxfords and loafers people were buying in the 1940s, because men’s formal shoes were figured out a long time ago. All we do now is improve the materials and construction, maybe play around with colour and detail.

Men’s sneakers, on the other hand, change all the time. They’re in a constant state of reinvention, both in terms of style and technology. It’s hard to think of any footwear that’s evolved more over the last 200-odd years, ever since 1832, when American Wait Webster patented the humble Plimsoll – a cement rubber sports shoe widely regarded as the first proper sneaker. (Englishman John Boyd Dunlop also figured out how to bond rubber and canvas in the 1830s – he started making ‘sandshoes’ and selling them to the Victorians. There’s a bit of debate around who got their first, Dunlop or Webster.) 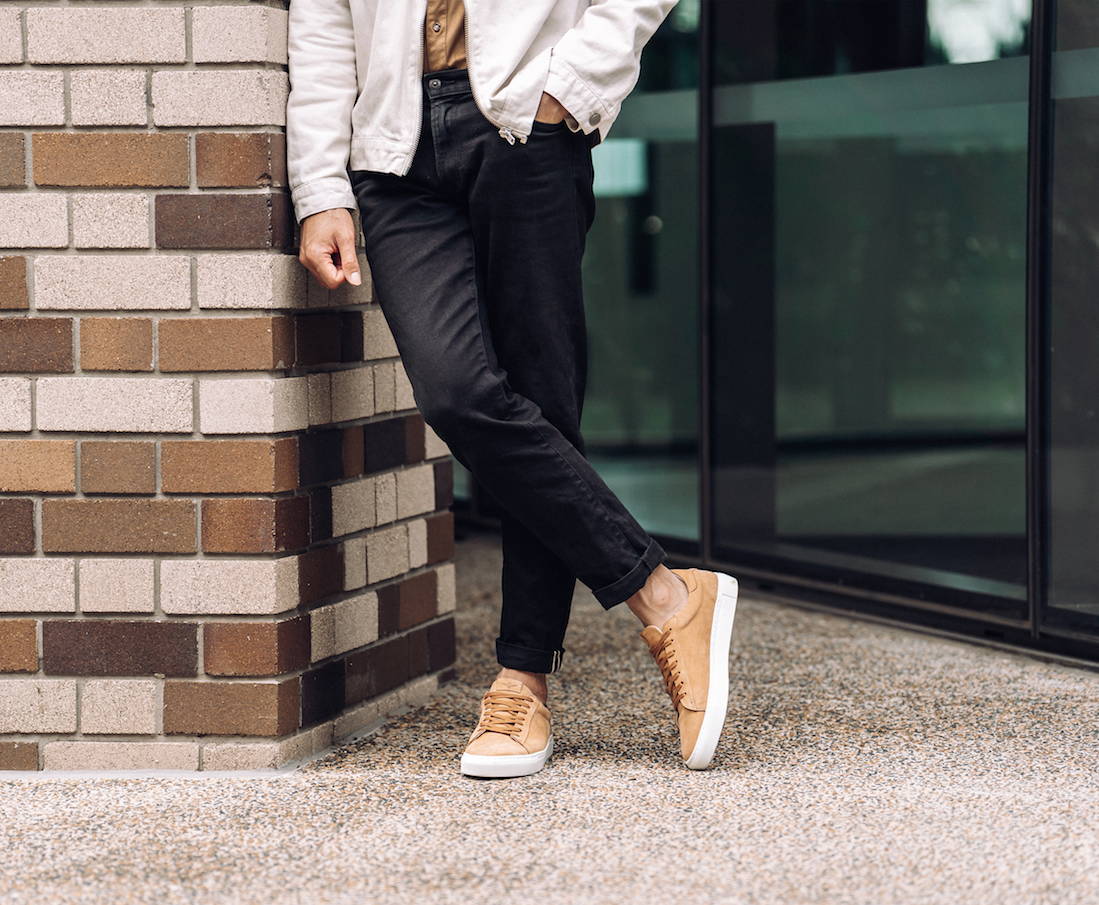 By the 1890s, rubber giant Goodyear joined the party, releasing ‘Keds’. Keds were a more recognizably modern shoe, with a rubber sole melded to a canvas upper, and laces that could be fastened tight. By the 1920s, Goodyear was marketing Keds as a running shoe, an athletic shoe, something for the new generation of sportsmen and women. They became known as ‘sneakers’, thanks to the rubber soles, which were quiet and stealthy, allowing you to ‘sneak’ up on people (if you’re into that sort of thing).

Goodyear pushed sneaker technology forward during the 1920s and ‘30s, trialing spikes and rubber crosshatch patterns, which gave sneakers their trademark grip. Other visionaries started joining the trend. One was Adolf Dassler, who would go on to found a little company called Adidas. Dassler’s sneakers gained huge popularity when gold-medalist Jesse Owens wore a pair to the 1936 Olympic games, and by the 1940s, he’d officially trademarked the classic three stripe logo.

After WWII, Adidas and Converse became the two American sneaker giants, with other brands quickly jumping on the footwear movement. For the next few decades, sneakers gradually transitioned from a strictly functional shoe into more of a style symbol. And nothing was more symbolic than Converse Chuck Taylor All Stars, originally designed for basketballers. With their famous high-top canvas and loose lining, they were comfier and more flexible than anything else on the market. (Chuck Taylors are one of the few exceptions to sneakers’ constant style evolution – their design hasn’t budged much since they were patented in the 1920s.) 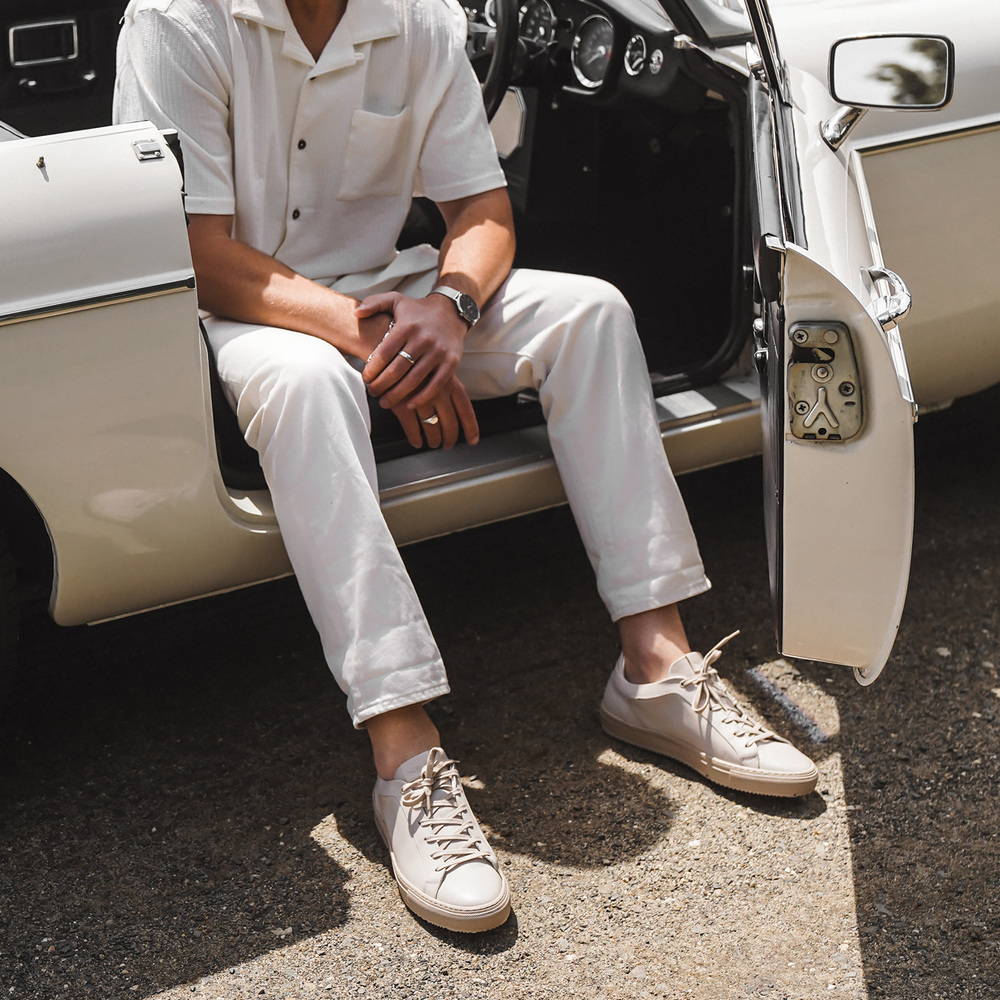 Sneakers got bigger and chunkier in the 1970s, with thicker heels and more support around the ankle. It was around this time that a running craze started taking over America, and a company called Nike Inc. was officially registered in 1971. Perfect timing really. Nike and Adidas between them shepherded sneakers from the running track to the streets, towards becoming a touchstone of popular culture. Tom Hanks even wore a pair of Nike Cortez, with their innovative cushioned sole, in Forest Gump.

The ‘70s and ‘80s were also the time when underground sneaker culture began to emerge, twinned with the emergence of hip hop. The two became part of the same broad movement, with Run DMC famously releasing ‘My Adidas’ in 1986 (which lead to one of the first commercial sneaker endorsement deals). 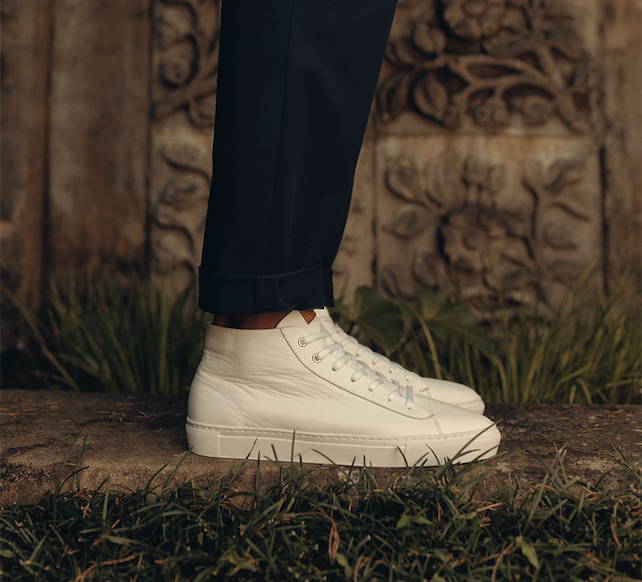 But most people agree that ‘modern’ sneaker culture really exploded in 1984, with the launch of one of the most famous shoes of all time: Nike’s Air Jordan 1. The shoe that changed the game. It’s hard to appreciate now just how much impact Jordans had on style, technology and popular culture. With the Air Jordan 1, Nike not only teamed up with the hottest young athlete on the planet – ushering in the age of lucrative athlete endorsement – they also swapped the standard white sneaker upper for a black one, copping big fines from the NBA. Michael Jordan went on to win Rookie of the Year, even after his sneakers were officially banned, and Air Jordans became a symbol of rebelliousness, of elite athleticism, of flat-out cool factor. They sold like proverbial hotcakes.

Nike Air Jordans triggered what’s known as the second wave of sneaker culture, which washed through the ‘80s and ‘90s and changed casual footwear forever. The third wave is more recent, driven by the digital age, by sneakerhead culture, by collectibles and re-selling. Now sneakers are divided into several categories – Plimsoll sneakers, high-tops, designer sneakers, athletic sneakers, canvas kicks, the list goes on and on – and are collected for their own sake, with rare and limited-edition models going for thousands online. Sneakers are arguably the fastest growing footwear market, expected to top $102 billion by 2025.

In terms of style, modern sneakers are a mixed bag. Some iconic design features – Converse’s canvas uppers, Nike’s thick ankle support – have stuck around, but designers are always pushing sneaker culture forward. More than any other kind of shoe, sneakers have become an almost artistic statement, beyond utility, beyond comfort, beyond even fashion. They’re a blank canvas that you wear on your feet. A barometer for everything cool.