Guys have been confused by ‘smart casual’ ever since couples started putting it on engagement party invites. Which is fair enough. There’s kind of a contradiction there, right? How can something be both smart and casual, or casual and smart? Can you wear a blazer? What about a tie? Boots, loafers or Oxfords? Are sneakers okay? And what the heck does ‘business casual’ mean anyway?

First thing you should know: the smart casual dress code isn’t one fixed outfit. There are several styles that fall under the umbrella, and it’s always been a bit of a fuzzy label. Tuxedos are out, and so are sweat pants, but most things in the middle are fair game. It all depends on styling. In this article, we’re going to break down the difference between ‘casual’, ‘smart casual’ and ‘business casual’, to clear up any confusion.

First of all, if you’re ever invited to an event with a ‘casual’ dress code, you have some very chill friends indeed. This is pretty uncommon, especially for engagement parties and weddings, and it basically means “wear whatever you want”. Having said that, you still need to read the room. If you’re attending a ‘casual’ wedding, thongs and board shorts are probably still pushing your luck (a ‘casual’ barbecue, on the other hand, go for your life). For most guys, ‘casual’ is just going to mean jeans, sneakers or Chukka boots, and a basic t-shirt. But don’t discount more adventurous footwear styles, like boat shoes or driving shoes. They can really elevate the basic casual look, especially if everyone else is slouching around in old trainers. The DORADO, CAMINO and TRACER are all good places to start. 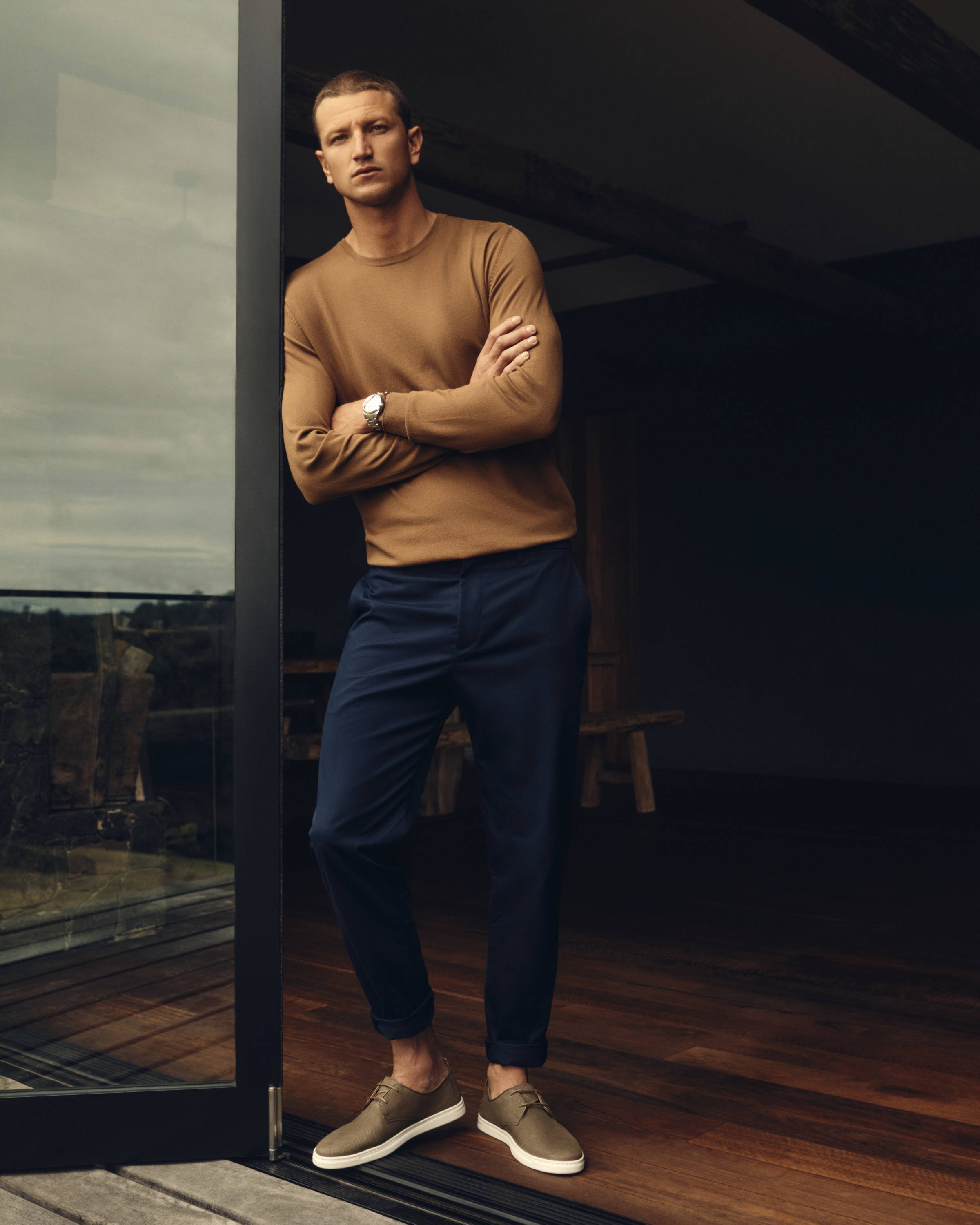 Ah, smart casual. Our old nemesis. So what does smart casual mean? Mr Porter famously said it encompasses “pretty much anything smarter than a tracksuit, but less formal than a suit.” And that’s still the best definition going around. Smart casual is a spectrum, a range, which goes all the way from ‘jeans and a polo’ to ‘dress chinos, brogues and knit blazer’. The good news is: that means it’s very hard to make a mistake here. Whatever you wear will probably be ‘smart casual’, whether you intended it that way or not.

For smart casual invites, you want to take your casual wardrobe and just elevate it slightly. Instead of sneakers, try loafers, Chelsea boots or Derby shoes (Oxfords are borderline, but can work with the right outfit). Instead of your weekend kick about jeans, try dark denim with a sharp double cuff. Instead of a t-shirt and hoodie, go for the button-up shirt and blazer combo. The idea is to look suave and put-together, like you’ve made some conscious effort. Think about it this way: would your outfit go better with an Old Fashioned or a Pepsi Max? If you’re leaning towards Pepsi Max, you might be more ‘casual’ than ‘smart casual’.

Just to throw another spanner in the works, there’s ‘business casual’. This pops up from time to time on company event invites, but don’t get confused. Business casual just means ‘smart casual’, but for work, not play. That means you can ditch the corporate suit. Focus instead on separates: chinos and a contrast suit jacket, dark denim and a knit blazer, loafers without socks, button-up shirts without the tie. When it comes to footwear, you’ve got a lot to choose from. Patent leather Oxfords are probably a bit fancy, but everything else goes: penny loafers, Chelsea boots, suede Chukkas, Derby shoes, ankle boots etc. The only other rule is no sneakers—they don’t quite fit the ‘business casual’ vibe. Again, think sophisticated but playful. Nothing too starchy or corporate. 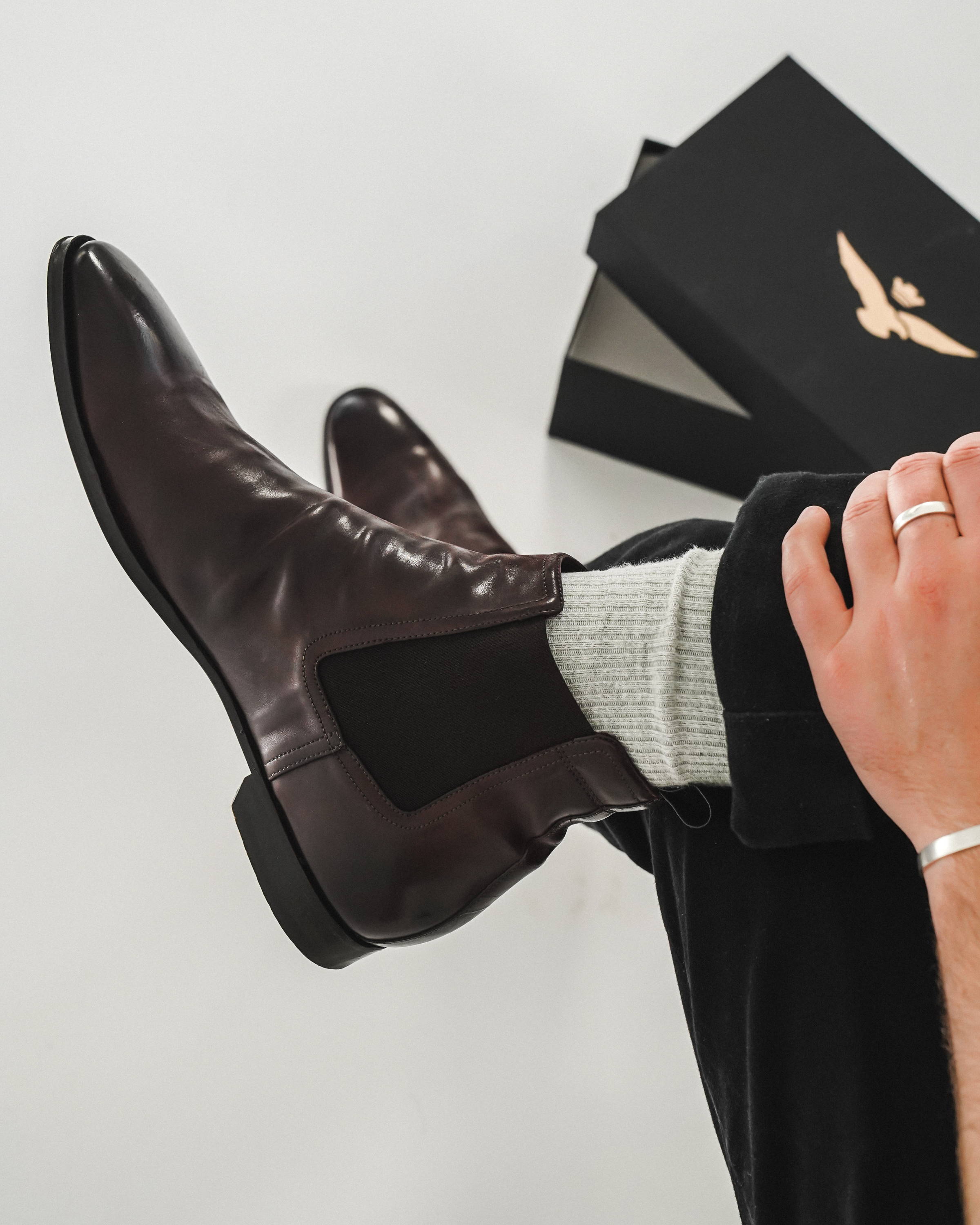