How to Wear Oxford Shoes - Aquila

The time-honoured Oxford shoe is the foundation of a true heritage look. Traditionally the more formal of the classic shoe styles for men, the Oxford lace-up has really come into its own element over the years. The versatility of this shoe is considerable.

Available in a variety of materials, colours and style variations – suede, leather, wingtip Brogues, toecaps, saddle shoes, and more – the Oxford shoe is befitting of any occasion and look. Whether you’re coveting the cool, stylish, or traditional style, you’ll find everything you need to know about Oxford shoes for men, below. 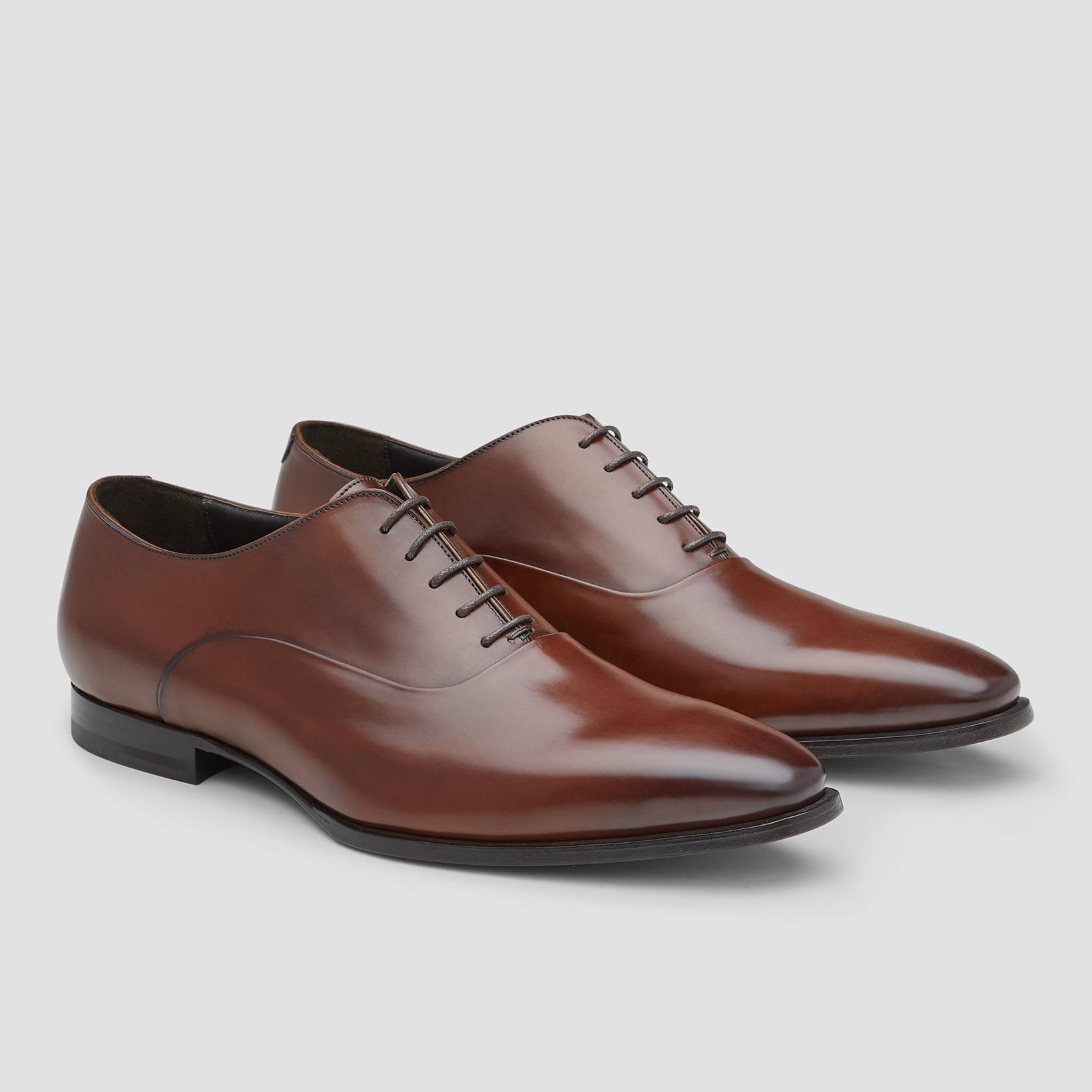 Originating from Scotland and Ireland and once known as the Balmoral shoe (after Balmoral Castle), the Oxford shoe we have come to know later took its classic design and name from Oxford University, England.

In the early 19th century, a half-boot with side slits called the Oxonian was popular at the university. The smaller cut of the early versions of the shoe gave men an uncomfortable, mincing step that became associated with foppery and a certain social class.

Tired of the restrictive knee and ankle-high boots and the connotations that came along with them, the students eventually rebelled, and the slit evolved into a side lace that eventually moved to the instep. Hence, the modern Oxford was born.

The basic body of the classic Oxford shoe is constructed to look like one seamless piece of leather. It differs from the Derby in that the eyelet tabs are stitched underneath the vamp, or the top of the shoe. This construction method is more commonly referred to as ‘closed lacing’. This design lends itself to a sleeker, more elegant shape making it the more formal of the two classic shoes.

Traditionally plain, the Oxford features various details including toe caps, which are stitched over the toe, embellishments with Brogueing detail – the embellished holes punched into the leather – and wingtips, which feature a ‘W’ shaped toe cap that run back from the toe, giving the appearance of a bird spreading its wings. These are the defining feature of a full brogue.

A question frequently asked, the difference between Oxford and Derby shoes is quite apparent (to the train eye).

A Derby shoe has an open-lacing section (is not sewn closed at the bottom of the vamp/throat line), making it a little wider and somewhat less formal (and a more common dress shoe for men). 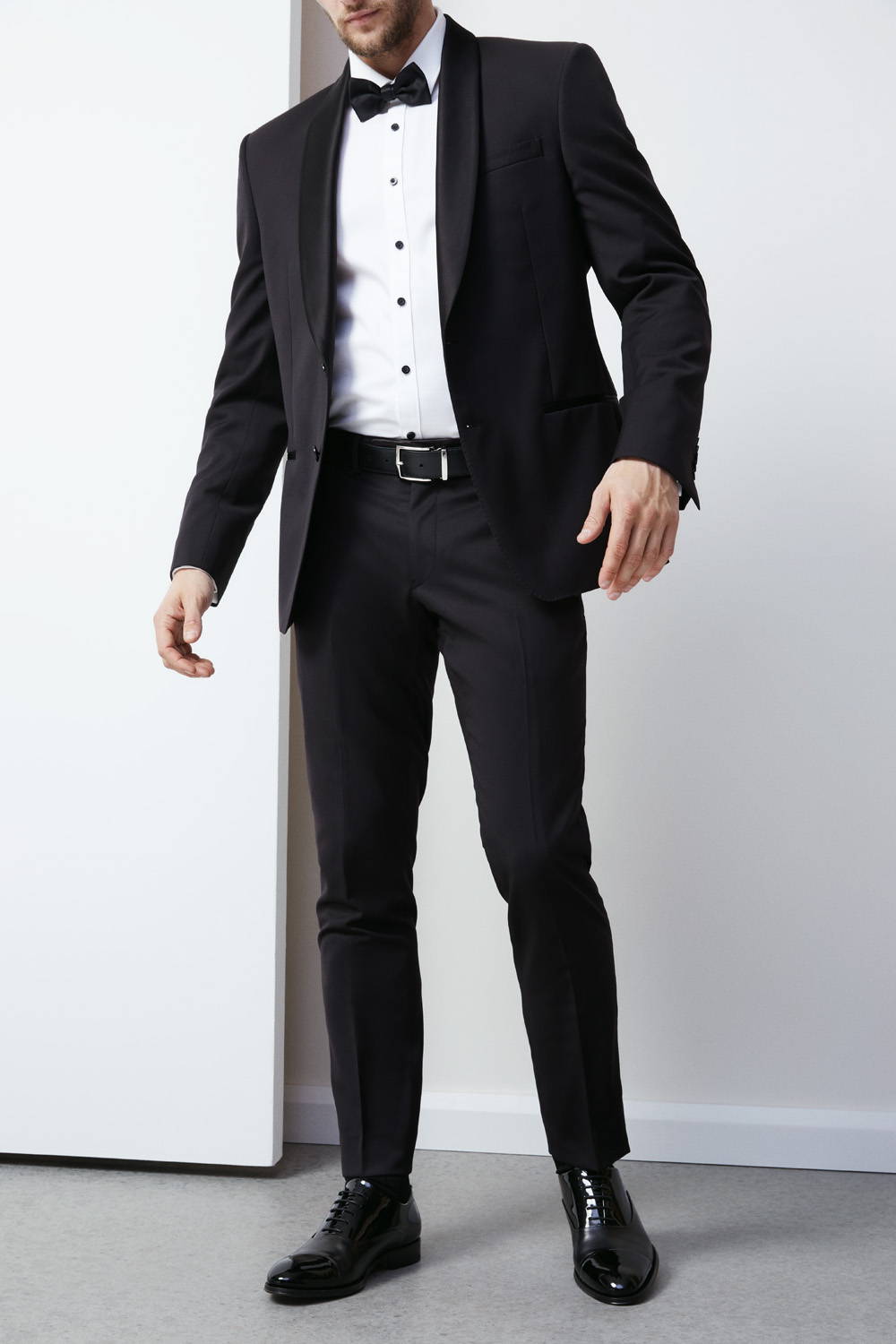 HOW TO STYLE OXFORDS

The Oxford shoe is the perfect piece to tie together a formal outfit. Be it black tie or cocktail events, the Oxford is a stylish shoe that will pack a punch.

For the conservative types, black leather Oxford shoes will never lead you astray. Brown leather Oxfords will work well with grey or navy suits. However you decide to wear your Oxford shoes, make sure you’re comfortable with your outfit and it reflects a bit of your personality. Most importantly, the key to pulling off any outfit well is confidence. Own the look, and you’ll look great in anything.

Oxford shoes are traditionally noted for being a formal dress shoe but this is no longer the case. If you tend to be more relaxed in your dress sense, you’ll be pleased to know that Oxfords work just as well with chinos, trousers and jeans.

Wear your casual Oxfords with natural coloured chinos if you want to call attention to your dashing footwear. If you’re the daring type, add some colour to your outfit with a statement blazer. This particular style will also look good with dark denim jeans.

Those who find themselves erring towards the modern and sophisticated looks will be able to appreciate casual Oxford styles. Whether it’s dressed down smart attire or opulent suiting, it’s possible to find an Oxford shoe that will bring your look to life.

Wear casual Oxfords with tailored Denim Jeans. Rolling your jeans up with a pair of Oxfords is fine if you’re aiming for a relaxed look, but ensure you wear invisible Ankle Socks. If you decide to wear socks, go for a pair with a bit of pattern, colour and flair, keeping the top part of the outfit sophisticated with a shirt, tie and jacket or knit.